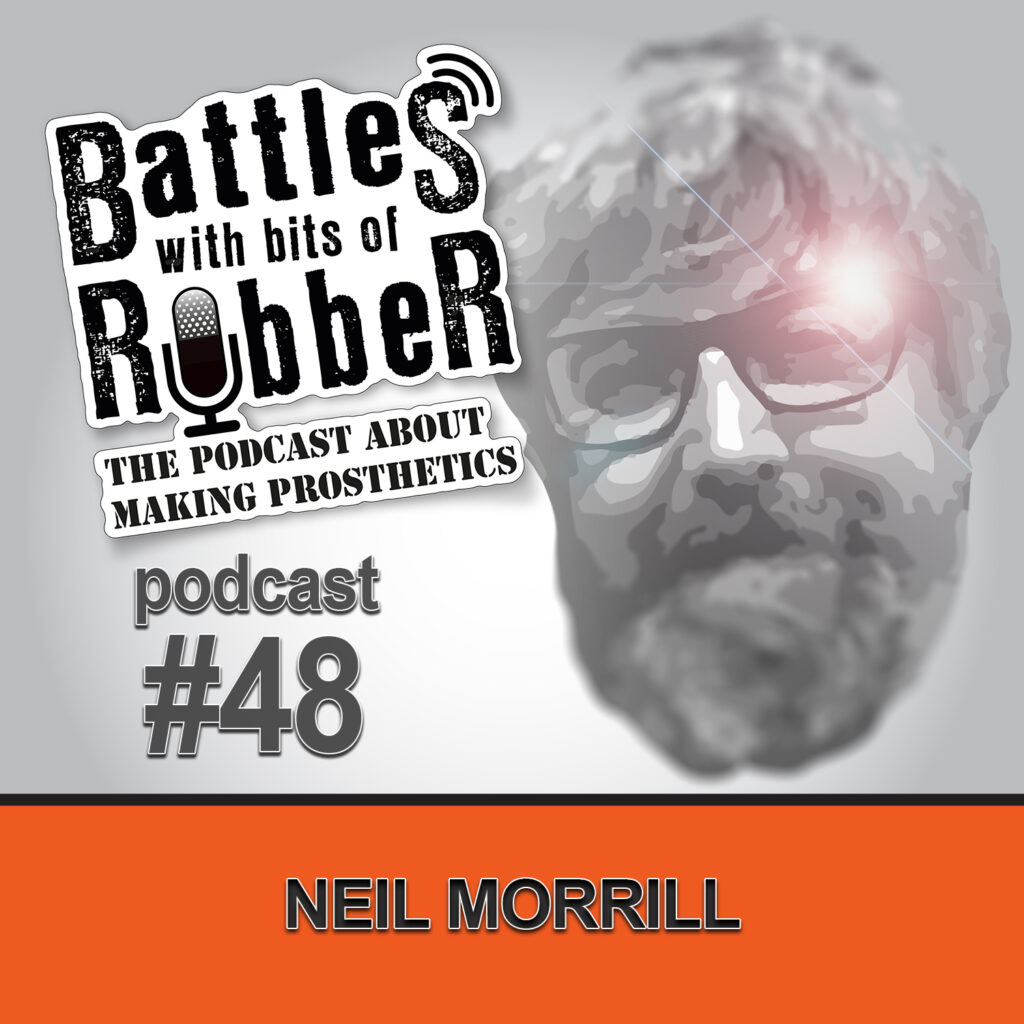 In this episode, Neill Morrill joins me in the workshop as we hit up Todd in Colorado and chat about our collaborated efforts on the makeup we did for The Prosthetics Event 2019.

Neil is originally from the UK but moved to Toronto in the early 2000s and has worked on a number of high profile shows over the years such as 300, The Strain, Suicide Squad, Hereditary, It, Shazam! and the What We Do In The Shadows series.

It was an absolute joy working with Neil on our homage to Rick Bakers' 'Reverend Brown' makeup on Arsenio Hall from 1988 classic Coming To America.

Neil had the idea when chatting to our makeup sponsor Sian Richards when bouncing ideas around. The upcoming sequel recently finished shooting, and so Neil picked that as a good contender as a challenge for us to do - separated as we are by 3, 500 miles of Atlantic ocean.

British Rapper and DJ Normski agreed to be our victim, and so we set about hatching the plan. Obviously distance like that adds tricky elements to a physical process such as sculpting and moulding pieces, so we worked out a share of labour which was as follows.

Some video was shot and we will edit together the whole thing as a complete tutorial in more detail, so check the blog post for an abridged version of the first part of the process: http://www.learnmakeupeffects.com/48-neil-morrill/ ‎

Thanks for checking in!

Email the show direct at stuartandtodd@gmail.com