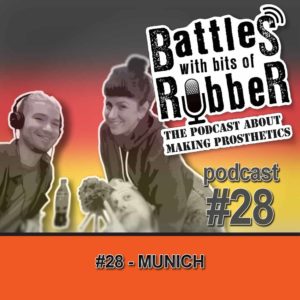 I had the great privilege to be asked to teach some masters degree students at Theaterakademie August Everding in Munich, Germany recently.

I had a splendid time! The three students I worked with all had ambitious, figurative projects which they had been working on for some weeks when I arrived for my five day stint there.

We had a great group chat to discuss how things work there, the education system (It's a free, government paid education which requires an extensive interview process which is a completely different model to the business-style version most makeup education systems work to) and the expected quality of work such a system produces.

One great project they had was to take classic roman marble sculptures and create realistic portrait busts based on them. This was a great project as it revealed the licence artists took to portray an idealised version of someone who perhaps would really have been a good deal less attractive in reality - the photoshop of it's day.

By studying the people depicted, discrepencies between reported ages and health reveal how much the idealised versions deviated from reality. 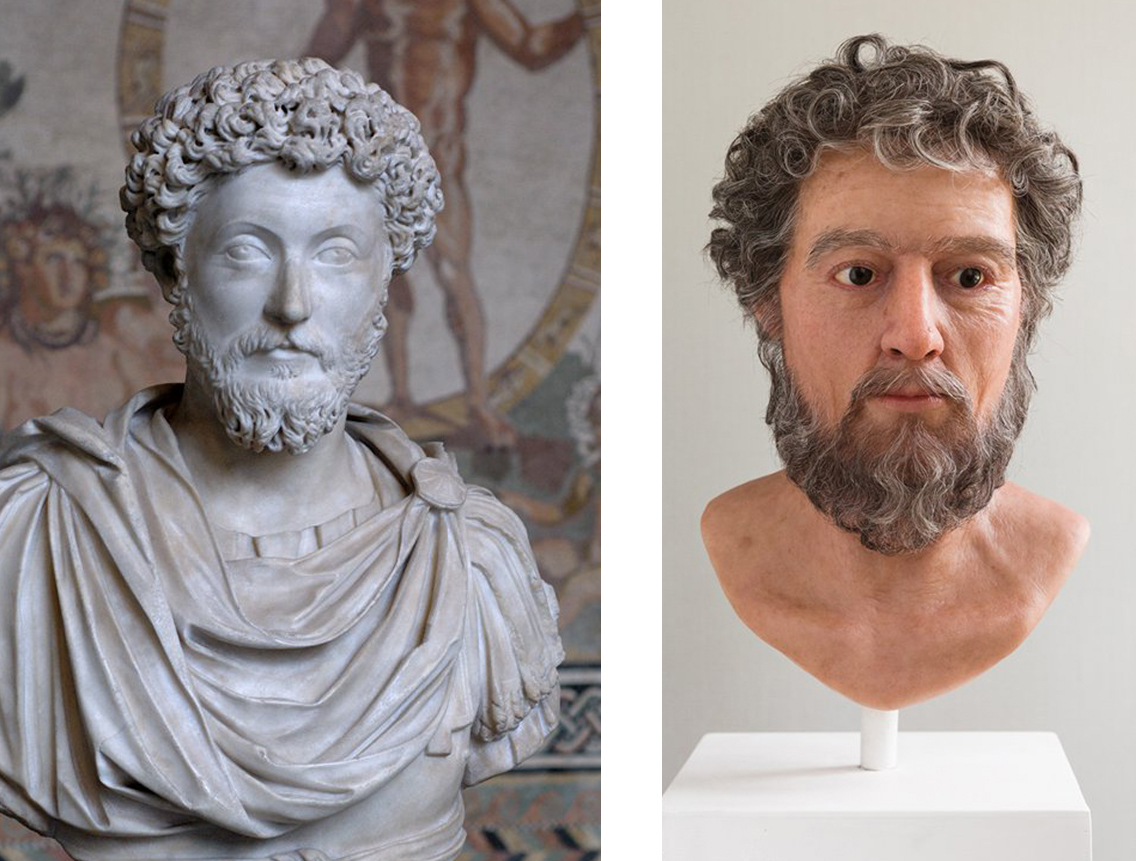 We also chat about how important beer is, making your own silicone wig blocks, using Monster Clay in a cold environment as well as the re-emerging point of the unavoidable trinity in all creative endeavours:

“Good – Quick – Cheap...Pick two because you can’t have all three“. 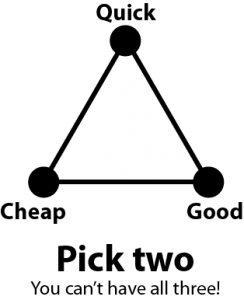 Michael Pennington got in touch through our email (stuartandtodd@gmail.com) with a question about how best to know where one should divide up appliance sculpts to break them down into smaller pieces. As Todd points out, much of this is a hangover from foam latex and the shrinkage which was inevitable with that material.

Silicone howver has none of these shrinkage issues, so we don't always need to divide it in the same way. That said, there are often good reasons to make a large appliance makeup into smaller, more manageable pieces.

The most logical place to do this is where the sculpture is at it's thinnest, and to try and keep edges in easier-to-hide areas where possible, such as where there is naturally a crease or shadow.

This was covered in more detail in a post from a while back, 'Floating Pieces' where you will also find a workbook with lots of in-depth information: 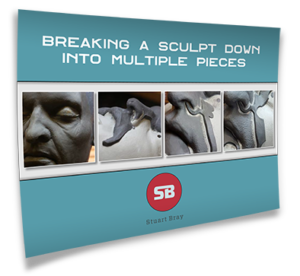 Whenever we do a video tutorial, I can guarantee that someone will want to do it for less money. This is of course an inevitable occurance, as it is quite sensible to not spend money you don't need to.

However, there does come a point where substitutuing can become so obsessive that eventually the end result can just look like a pile of crap.

I do a wax scar, someone wants to make their own wax becasue it's too expensive.

If I had a makeup using good wishes and exhaled air, someone somewhere would want to economise on that somehow. (I know of people who have made their own wax, but if you don't put a dollar value on your time or you seriously have a great idea to improve it then fine - but to me wax IS the cheaper and quicker way compared to sculpting, moulding and casting an appliance!)

Whilst it is true that skill will 'work well with anything', I can assure you top pro makeup kits do not have packs of cured meats and jam instead of makeup products to use on their screen talent. If mashed banana looks just right for fat, or pus or brains then fantatsic.

Like that trinity of choices above, pick two and decide which you would rather have in your portfolio.

Latex is a material that often gets used in colleges because it is cheap and easy to get. Howver, it requires more skill to paint it to appear like real skin than silicone appliances, so there is always a trade off.

We would encourage you to get good at using cheap materials on a small scale, and then gradually scale up as you improve. Beware clickbait and attention grabbing use of foodstuffs - if there was a way of not buying makeup then we can assure you working professionals would be the first in line at the grocery store!

Jam may be fine for a kids halloween party, but it won't do you any favours in a working portfolio.