This podcast is a joint venture with Stuart Bray and Todd Debreceni. It's all about the making of stuff for makeup effects and prosthetics. Todd is author of 'Special Makeup Effects For Stage And Screen', what many consider to be the modern makeup FX bible. Stuart Bray is a working makeup FX artist with many years experienc. Credits include 'Saving Private Ryan', 'Shaun of the Dead', 'Dr Who' and more recently 'Game of Thrones'. If you have any FX questions you would like to see made into a featured blog post, then get in touch: stuartandtodd@gmail.com
Facebook Twitter Email RSS Feed Subscribe in Apple Podcasts
2021
January 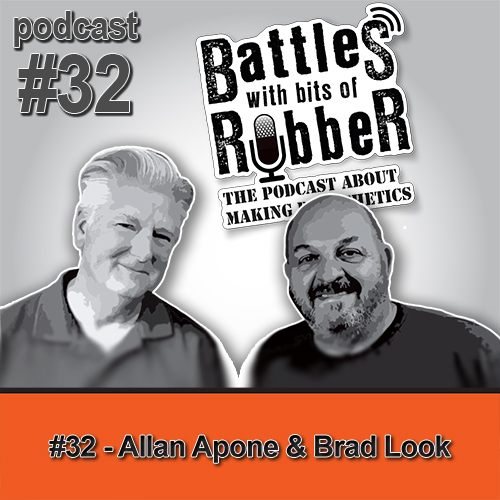 Todd and I had a great morning chatting with Allan A. Apone and Brad Look at MEL headquarters (Makeup Effects Lab) based up in North Hollywood.

MEL now occupies a huge area of workshops and produces effects for shows as well as products used by artists in the industry, including PAX paints, baldcaps and appliances. Starting out as a small lab in 1978, it now boasts some 18000 square feet of facility.

Their website is MEL Products USA and is worth checking out! 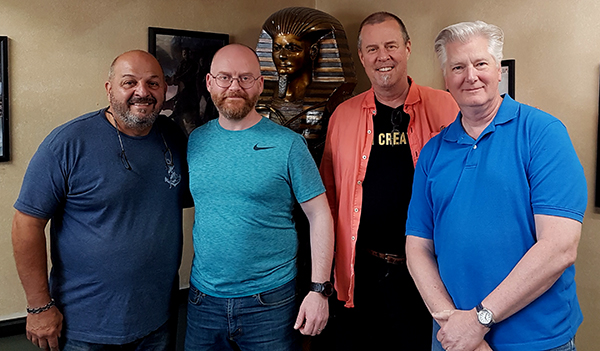 Our tour took us from machine shop to foam room, silicone lab and woodshop, all surrounded by a million artefacts from jobs in the past. 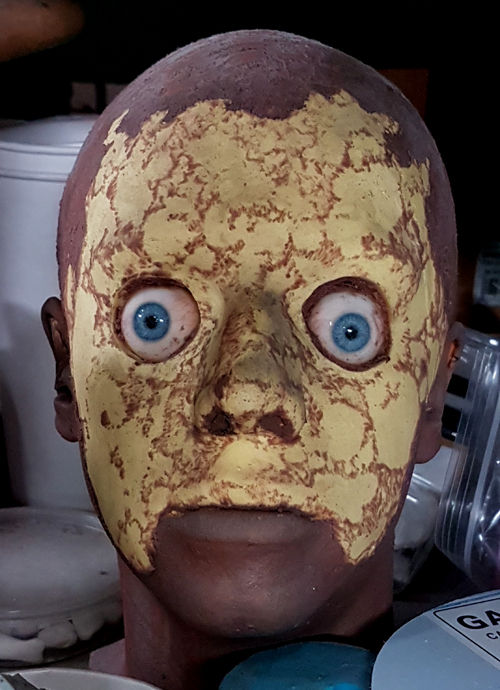 We sat and talked about the recent Monsterpalooza weekend, as well as the business of makeup and what really counts. As seasoned makeup artists with many years experience on set, Allan and Brad made this episode of the podcast a gold-loaded listen for makeup artists.

Like Brad says, "If you don't know highlight and shadow, it doesn't matter what you are putting on - it won't look right!". Despite the noise of competing companies vying for our attention and wallets, this really is the key message. Know your subject, know yourself and above all, respect the craft!

You can subscribe to our podcast, Battles With Bits Of Rubber on iTunes, Spotify, Soundcloud and pretty much all podcatcher apps or platforms.

Thanks for listening! You can contact us at our Facebook page or email direct stuartandtodd@gmail.com with suggestions, feedback, or just to say hi.

The blogpost for this episode can be found at http://www.learnmakeupeffects.com/32respectthecraft/ . 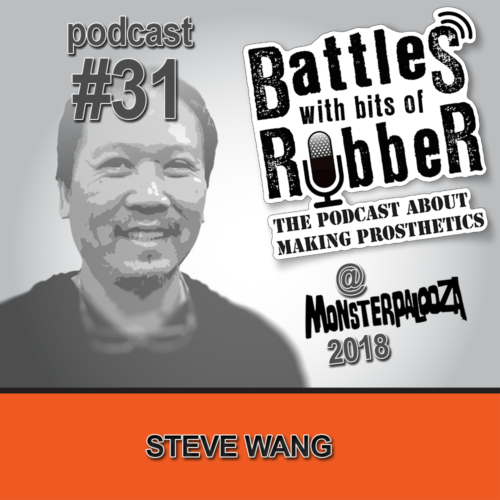 One of the great things about Monsterpalooza, and other makeup FX heavy trade shows is you get to meet the people who make a life around doing the work, and who care enough to help others do it too.

For my money, this chat with sculpting and creature legend Steve Wang was the most potent use of 20 minutes anyone could have. Steve was in high demand, but Todd managed to get him for a short timeslot on the mic and we jumped straight in with the sculpting talk. 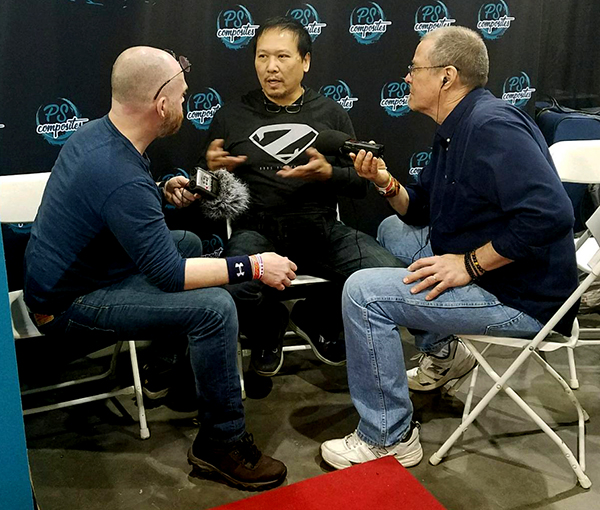 I wanted to get a grasp on why ZBrush was still a mystery to me (and many others) and there is some golden wisdom in here which is worth hearing if you have been left blinking at the apparant dearted ship of digital creativity.

If you feel like you are on the dockside, waving sadly at a ship of endless creativity disappearing into the distance and cursing yourself for missing the boarding window, then you need to it down, listen up and dry those tears!

Putting this together and listening to it put me right back there and fired me up, so get stuck in and listen. Steve has such economy of explanation, he doesn't waste time or fluff around - he gets straight to the point and lands that info sqare in the part of your brain that is ready to go!

Check out Steve's instagram @stevewangcreaturecreator and alliance studio and elitecreature.com.

Thanks for listening. You can email the show at stuartandtodd@gmail.com, visit the facebook page and join us there. -Stuart & Todd 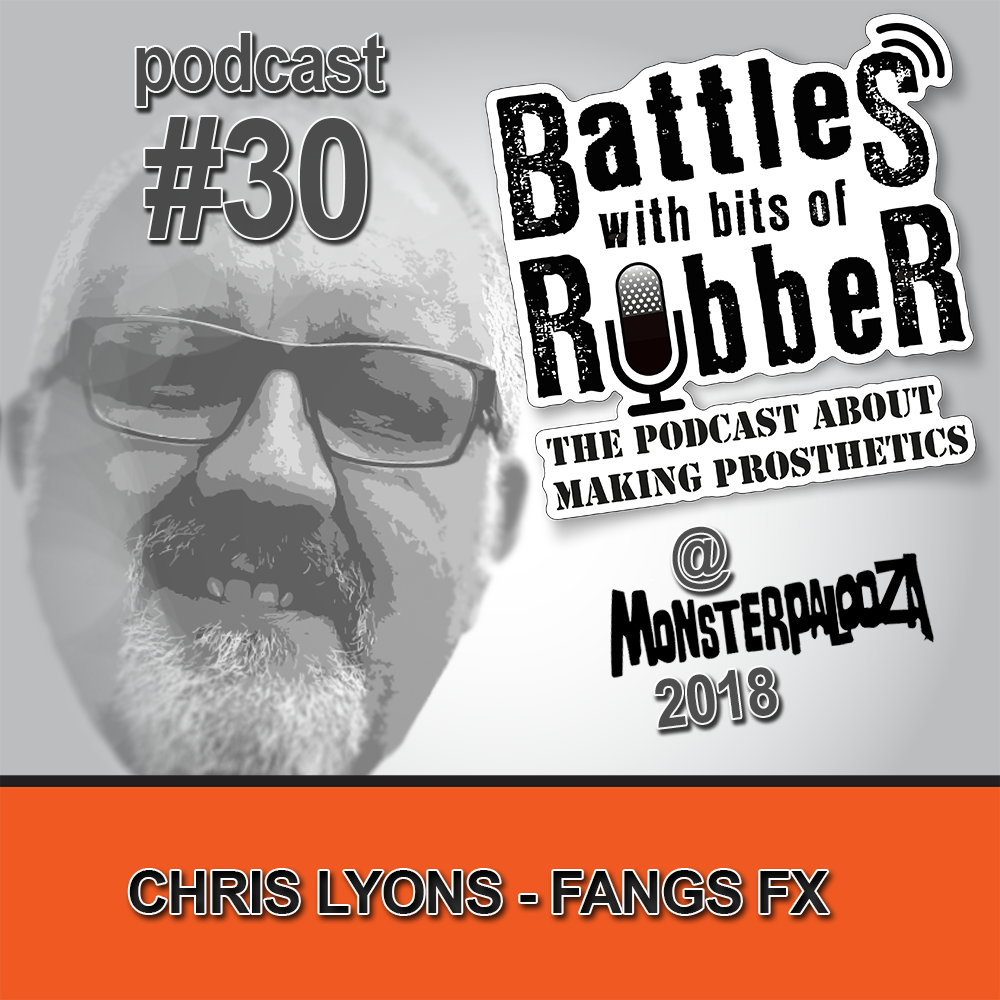 Chris and Fangs FX is who we call when we need teeth, but there is a lot more to Fangs FX than just...well...fangs!

This is the first of a series of interviews Todd and I did at Monsterpalooza 2018, a three-day event in Los Angeles which was busting at the seams with visitors, demos and vendors. It was amazing, and Todd and I applied my Bela Lugosi makeup for the Rick Baker Tribute on the enormous PPI Premiere Products Inc stand.

We grabbed Chris for a chat outside the venue as it was far quieter than inside, and talked teeth, drill bits in the mouth, loose teeth, missing teeth and how much hiding in plain sight takes place. 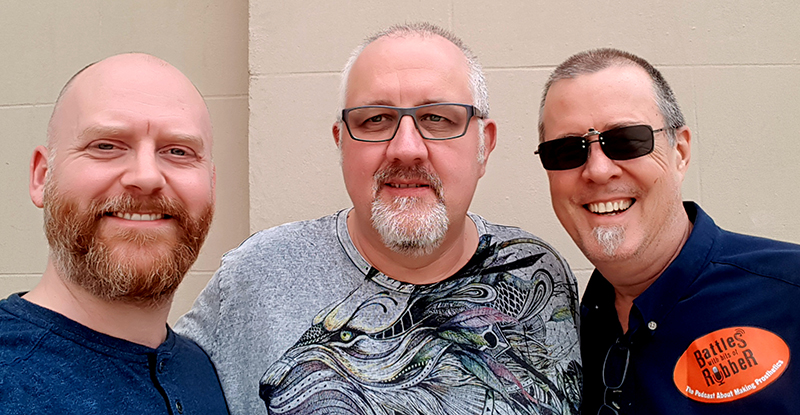 Making and fitting teeth requires the use of some pretty serious chemicals and hardware, and putting these things into performers mouths is a serious responsibility as you will hear.

Fangs FX was established in 1984, and has an outstanding list of credits. If you have never heard of Chris or his team, then you will certainly have seen their work. Check out their facebook page and Instagram @fangsfx. 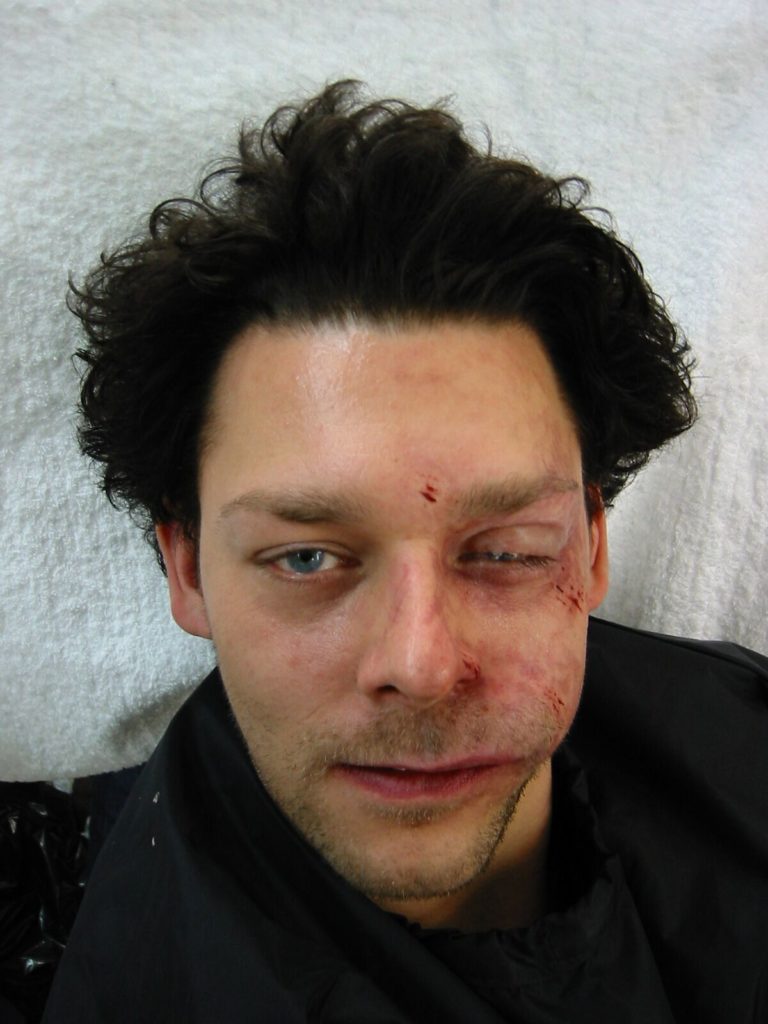 Richard Coyle from BBC TV show 'Strange' which maks use of swelling provided by a dental plumper rather than an appliance. Makeup by Jan Sewell. 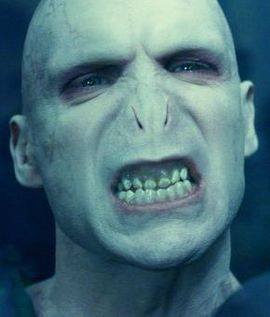 You know who wearing some makeup by Mark Coulier. Nose wiped out digitally, teeth made grim practically. 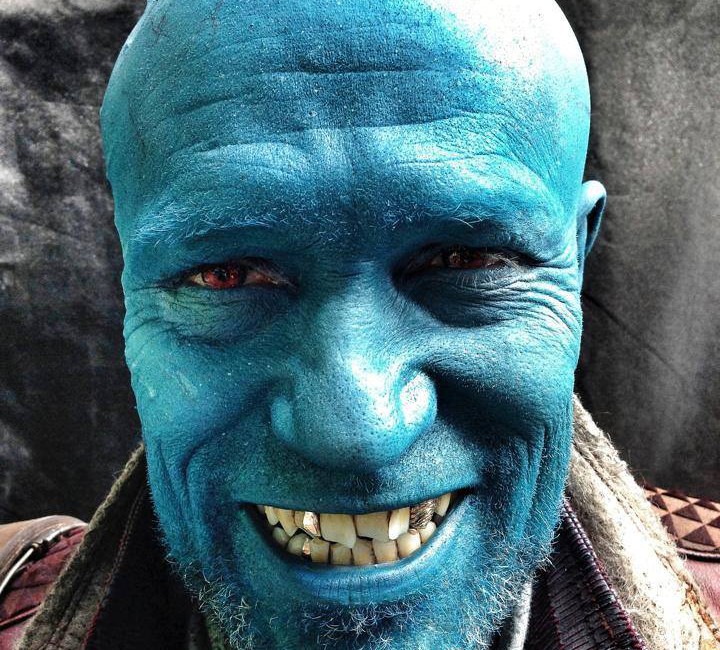 Michael Rooker from Guardians of the Galaxy, makeup by David White. 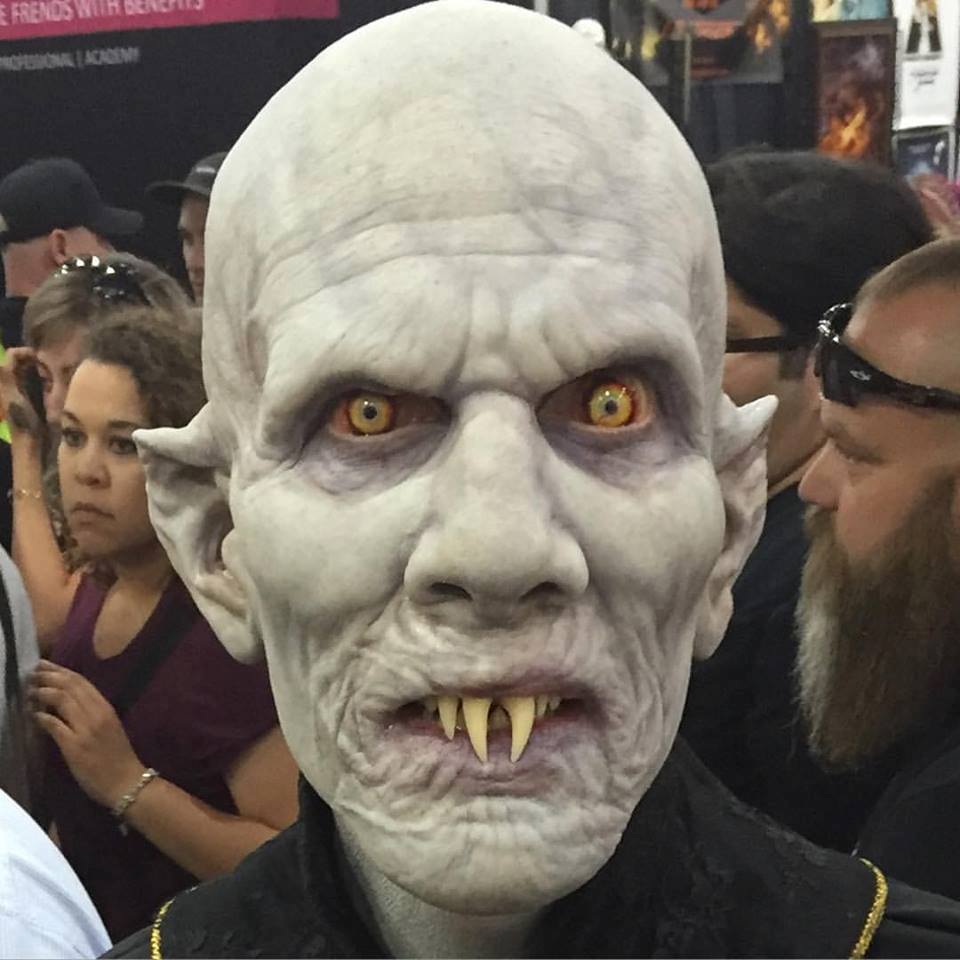 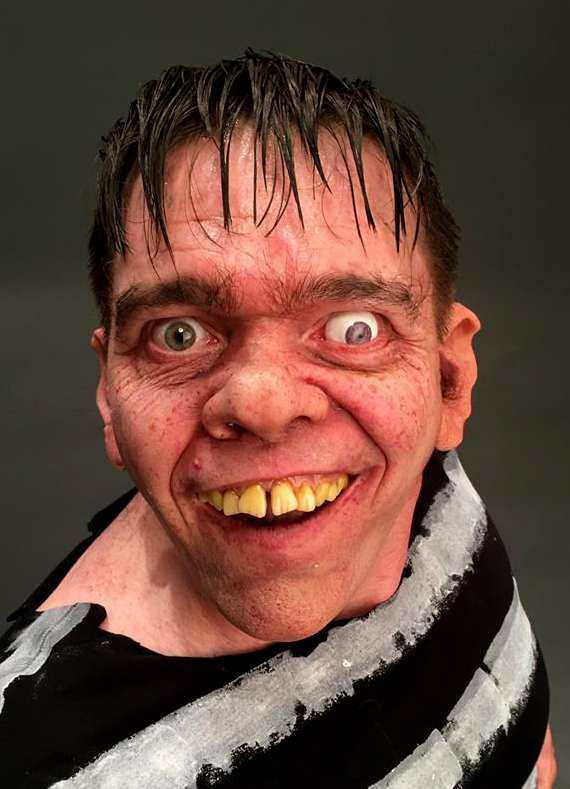 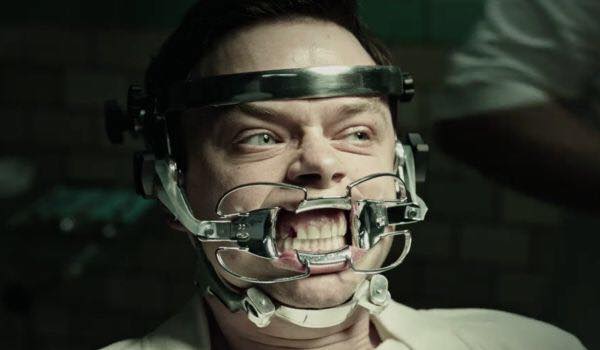 A Cure For Wellness featured some neat teeth gags. 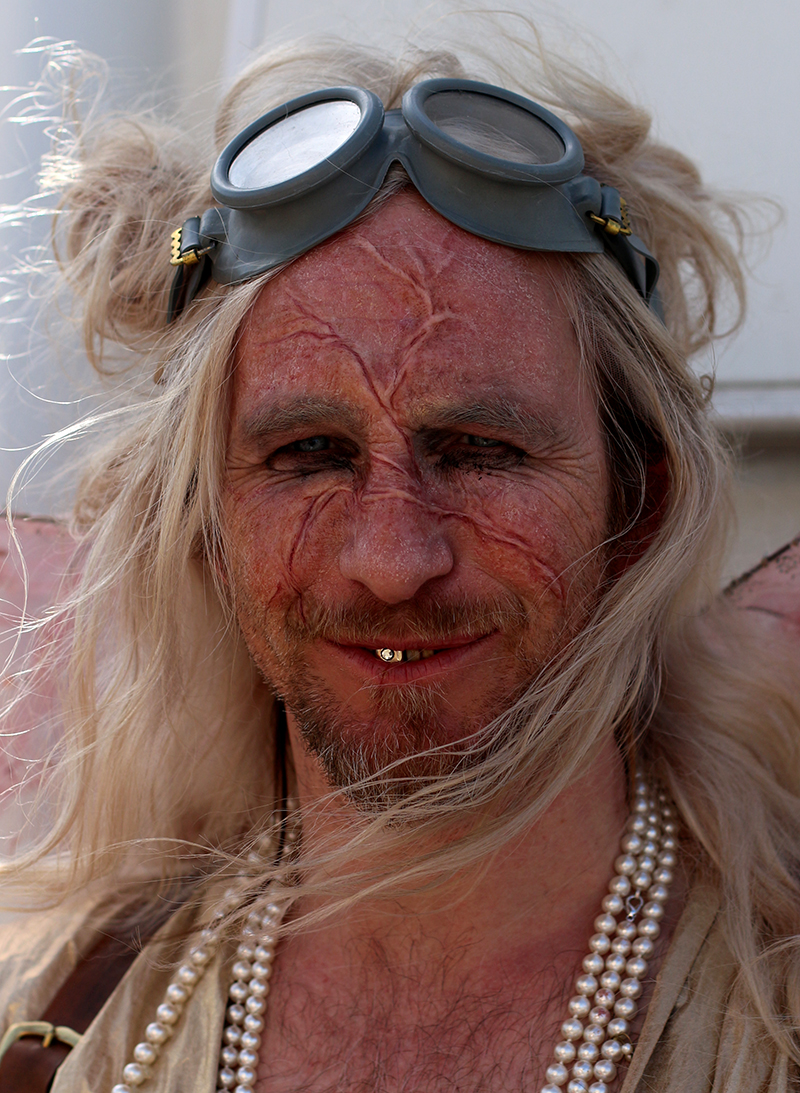 The test makeup with teeth in place for Paul Kayes character Mutti Voosht for Pan, cut ultimately. Makeup by me. 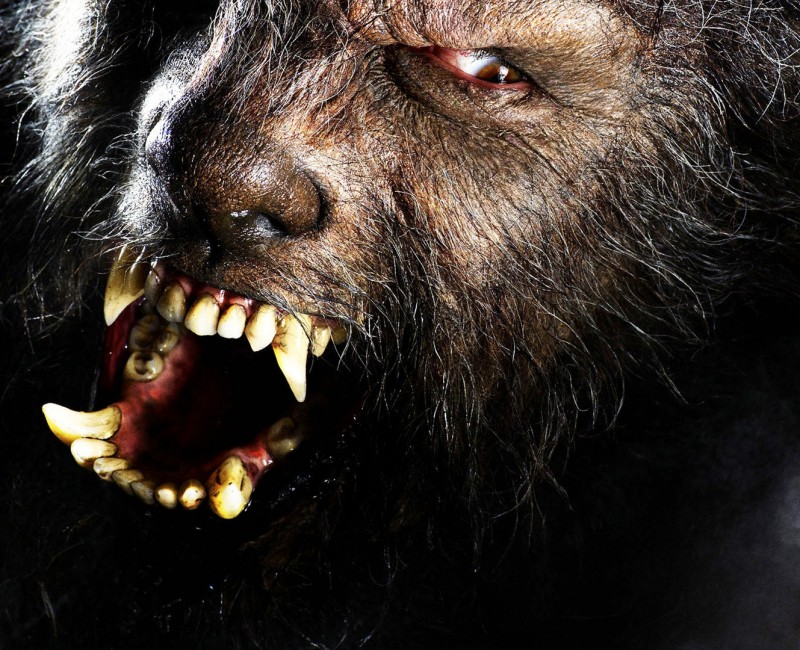 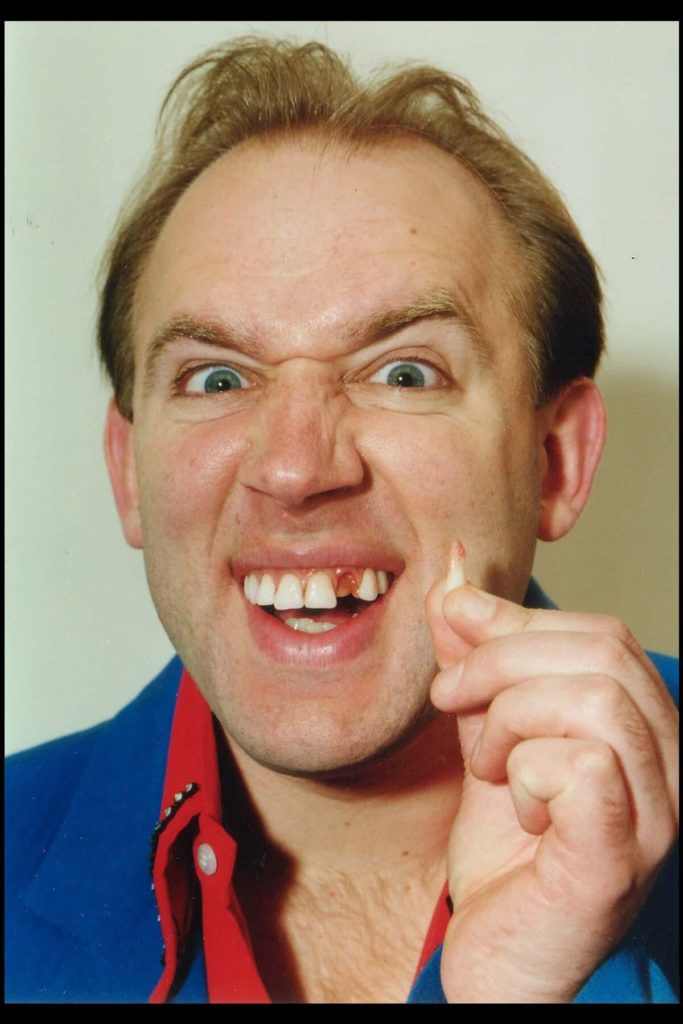 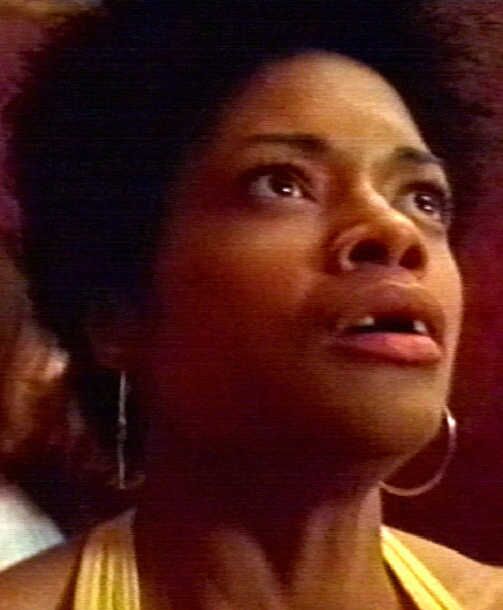 Gags, where something has to happen, move and perform on cue is a tough thing to pull off...

... but even a moving drill bit appearing through teeth live in-camera is another day for Chris and the team. The stuff nightmares are made of!